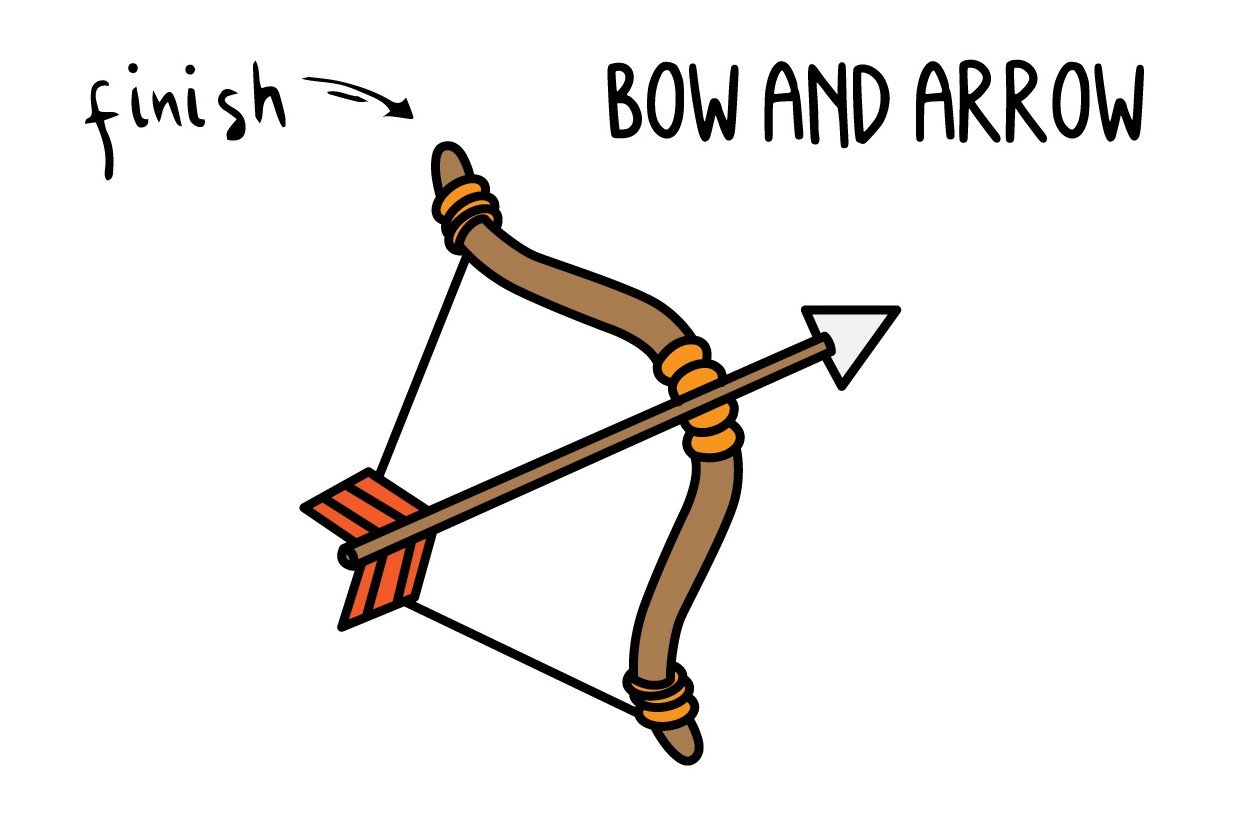 Are you a fan of archery? Then you might really dig this bow and arrow weaponry drawing doodle! Bow and arrow hunting (also known as archery) was invented by early modern humans in Africa, possibly as early as 71,000 years ago. An avid or professional archer is often called toxophilite or marksman.