Don’t read while you’re hungry, it’s going to make you want to go out for a delicious plate of sushi! Ever so popular, sushi was almost unknown a few decades ago. Now they’re known for the delicious taste, exotic ingredients, and unique beauty. Did you know in Japan, a good sushi chef would need to train for 10 years before being allowed to make sushi for the public? In the United States, it’s about 6 months to 2 years. This tutorial of how to draw sushi is going to take a lot less time than that! We can’t eat it though! Let’s get started on drawing Tamago (sweet egg nigiri), sake (salmon nigiri), and my favorite roll…seaweed rolled around salmon, avocado, rice. Yum! 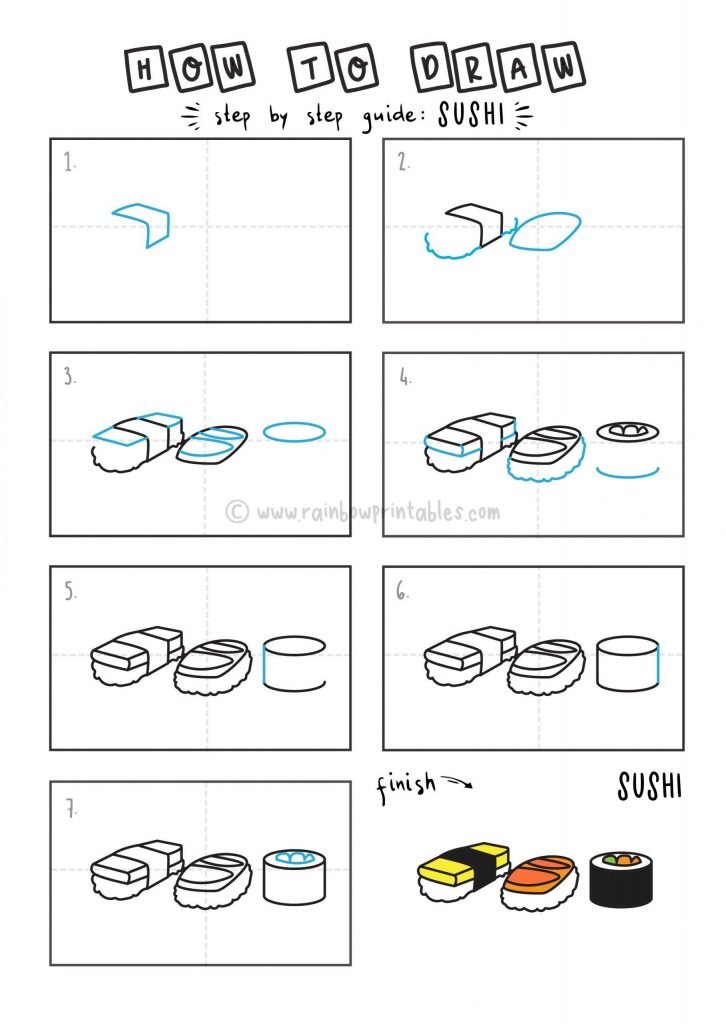