Though most of us will never be able to afford one or even see one in real life, the Lamborghini brand is still very popular in modern culture. Most Lambo drawing tutorials out there are really complicated (because it’s a beautiful piece of engineering!) But for kids who love cars and trucks, it’s almost impossible to draw. But our tutorials are really simple and in just 8 steps below, a Lamborghini you shall have! Let’s get started.

Need something even faster? How about how to draw a Race car like those Formula Ones? Or a classic like a Corvette? 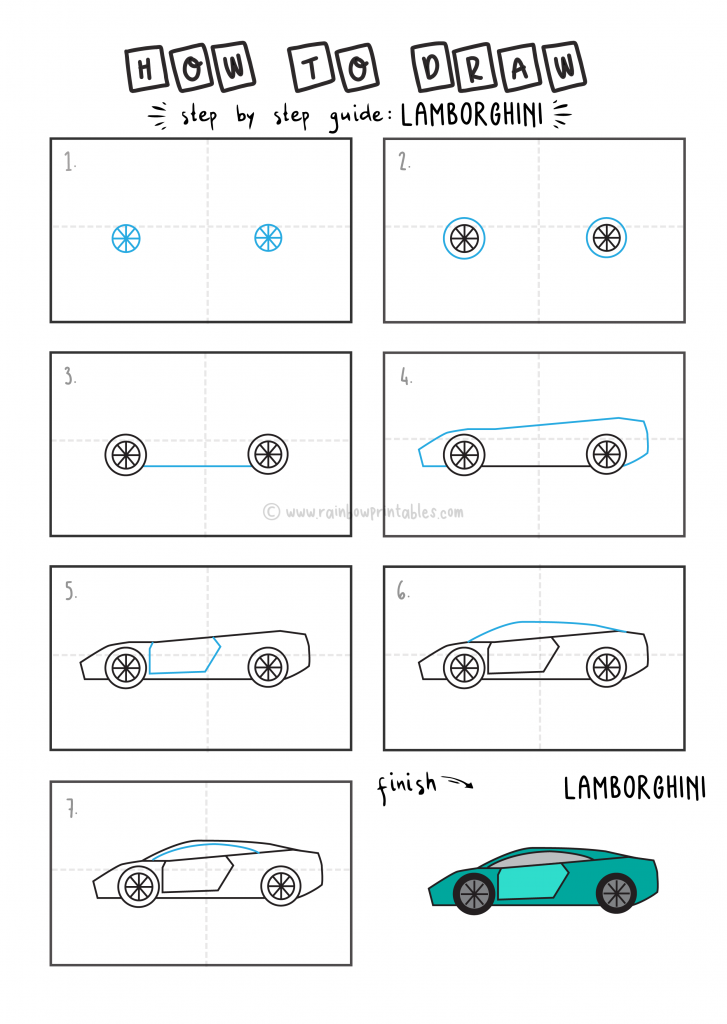